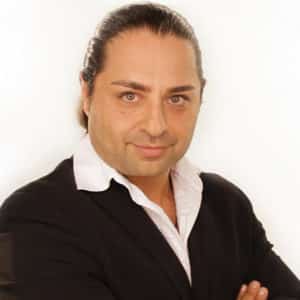 San Antonio Plastic Surgeon, Dr. Jeneby, operates Plastic Surgery in San Antonio. Dr. Jeneby has advanced his practice to being a Joint Commission accredited facility and has earned the Gold Seal of Approval!

Dr. Jeneby was brought up in the Washington D.C area. He grew up in Alexandria and McLean, Va, wherein he attended the T.C Williams High School. Dr. Jeneby attended college in James Madison University in Harrisonburg where he graduated with a B.S. in Biology.

Dr. Jeneby was featured in the 1992 President’s Dean list. This was a major college achievement for him. Dr. Jeneby obtained his medical degree from the Medical College of Virginia (Virginia Commonwealth University), Richmond. Here he was featured in the top 10% of his class and was also the AOA President (Medical Honor Society President) On finishing his medical degree in the year 1996, Dr. Jeneby has done his residency at the following:

Dr. Jeneby has been in practice since the year 2002 and is currently operating from San Antonio. Over the years, he has successfully handled several complicated San Antonio plastic surgery cases. He has also handled numerous San Antonio cosmetic surgery cases. In recognition to his performance as one of the most competent cosmetic surgeons in San Antonio, Dr. Jeneby got the honor of being appointed a Diplomat of the Am. Board of Plastic Surgery in the year 2003. Dr. Jeneby holds state medical board licenses of the states of Texas, Arkansas, California, Pennsylvania and Florida. He has also performed successful surgeries in Austin, TX, and is regarded as an excellent Austin plastic surgeon. The following are some of the highlights of Dr. Jeneby’s career as a surgeon:

Sign up for our Monthly Newsletter for Members ONLY!